Rolling A Cleric Back To The Catholic Church

Most Dungeons & Dragons players that I’ve met over my two-plus decades of playing find themselves playing a “type.”  For example, some folks always end up playing a magic user of some kind – whether called a mage, wizard, sorcerer or warlock, they have a passion for slinging spells.  Others find themselves drawn to bow, or blade, or the barbarian’s rage.  Some even find themselves drawn to the elves, the dwarves, or one of the other fantastic races.  This sort of “typecasting,” in my experience and opinion, is often a sign of a player seeking out a specific experience from their gaming.

For me, I am drawn to Clerics, the divinely gifted priests of the fantasy D&D multiverse.  From the first character I ever made (Ashe, wandering priest of Jhakoob, Diety of Noble Chaos and Mischief), I’ve been rolling up divine spellcasters like its my job.  This love of Clerics has carried into other gaming experiences, and at times seemed unavoidable – for example, all my Elder Scrolls characters ended up being trained in Restoration.  When I didn’t have access to the Cleric class itself, I tended towards playing Aasimar as a race, with their close relations to the angels giving my characters a constant connection to the Heavens.  Heck, I even remember a time when I tried to create a character mechanical magic user, and accidentally created a divine healer in the process.

Clearly a pattern had been established, and ever an established introspective fellow I started wondering why exactly I was caught in this constant mosaic of Cleric.  Consideration lead me to the realization that I’ve spent much of my adolescent and adult life reaching out for God and searching for knowledge of, and comfort from, the Divine.  I’ve skimmed over and given time to many of the major religions of the world in this search – after falling away from my Catholic cradle after my first communion, many people remember my youth as a so-called “Wiccan,” studying and following a modernized amalgam of the beliefs of Celtic Europe and Classical Egypt.  As I aged, I found that this “faith” seemed more and more like a dalliance – an attempt to make the imaginings of a science fiction and fantasy nerd manifest, and as a very natural (if very teenage) quest for wish fulfillment – that I had special powers over the universe, and that these powers made me special.  As a looked at them with an adult brain, I discovered a lot of emptiness in those beliefs, and when I left them it was very much an act from the the words of St. Paul as I moved into the greater world beyond.

Despite not any longer being a big-p Pagan, there was one truth that I could not shake or change:  I always have been clear on the existence of a personage of the Divine.  Something in my soul had been touched by it in my youth, and I couldn’t shake that I was being called to be a Cleric somehow outside of the dice and the tabletop.  I remembered youthful hints that perhaps I was being called to the Catholic priesthood, but I was still to stubborn to consider “that faith” something I would be willing to follow.  As such, I wandered the roads of religion and considered many different faiths, including several of the Eastern modes of thought, and even putting Pantheistic Atheism on for size for a short time.  However, the personal God I was looking for, the one I’d known and loved as a child, was waiting for me at the baptismal font.

You see, my mother-in-law is a devout Catholic, and had been putting gentle pressure on my wife and I to baptize our (very young, at the time) children.  After much discussion and consideration, I gave up my resistance to allowing their baptism and agreed to re-enter to a Parish Church.  As my two younglings were washed in the water and put on Christ for the first time in their lives, I realized that I missed “wearing” Him myself.  I looked around at the beauty, inhaled the incense, and realized in a moment that I was home.  At the same time, I realized that there was something more to my almost subconscious insistence on playing divine character classes in my role playing games, and that this draw for me was telling me something deeper.

As such, I started a fairly bold experiment:  if I was to be a Cleric, let me then be a Cleric of something real.  Let me become a devout follower of God, and find a way to connect with the Divine in the same profound way that my characters do.  While I can’t become a Catholic priest, having since found the love of my life and having found my vocation in marriage, I can echo many of the acts of a devout “Cleric” of the Catholic faith.  I devoted myself to learning what it was I would need to follow, believe and be obedient to in order to end up a Cleric in truth.

I started studying the documents of the Church, and Church history.  I discovered that many of the histories I’d learned about the Church were far more nuanced than I’d been taught.  I found a faith that was consistent with itself, and with a degree of depth that I hadn’t been prepared for as a youth.  Equipped with new knowledge, I also knew that a Cleric knows the power of prayer, and so I learned the Rosary, and the Divine Mercy Chaplet during that time, two prayers that I still hold extremely dear to my heart.  I also learned of the Liturgy Of The Hours, a prayer of such beautiful depth that I struggle with it to this day.

The more I studied, the more beauty I discovered, hiding for me to find.  I learned about the communion of the saints, and was lead eventually to my patron, St. Augustine – his journey has given me tremendous hope, as I saw echoes of my own trials in the experiences this most holy Doctor of The Church.  Of most importance during my studies, I was thrilled to discover that I was as Chesterton’s romantic yachtsman, who set off to discover a new land and accidentally discovered home.  Walking on rediscovered soil, familiar yet alien, I found waiting on the shore were my Father’s hounds, eager to lead me back where I belong.

In retrospect, I am in awe and wonder a humble role-playing game, once blamed for damning the souls of a generation, had proved to be the tool that allowed me to open my heart to God again.  I started playing with the goal of escaping my mundanity and finding something extraordinary, and discovered that the extraordinary was waiting for me in the mundane – which I hope is a lesson to everyone who picks up a dice with hopes of adventure.  After all, you never know where that adventure may actually be leading. 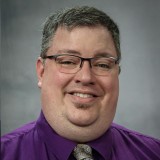 The Parable of The Magikarp

Theme by Anders Norén — Up ↑